Citizens seeking national identity documents or birth certificates in capital city Harare, must wait for at least three months to acquire the papers due to a network failure that has stalled operations at the civil registry offices. Residents, who are braving the cold winter, are queueing in their thousands early in the morning, only to be booked for proper ID applications for August or September, 2021. However, lack of staff at the registry offices and a shortage of processing material, stalled the process in other provinces as well, leaving thousands of students stranded. The government said the decision to suspend the process was a precautionary measure considering rising Covid-19 cases.

In its report on documentation in Zimbabwe 'We are like Stray Animals', Amnesty International said there are over 300,000 people who are in danger of being rendered stateless as they do not have IDs. The report indicated those without documentation are poor, marginalised, discriminated against, disenfranchised, and politically excluded. 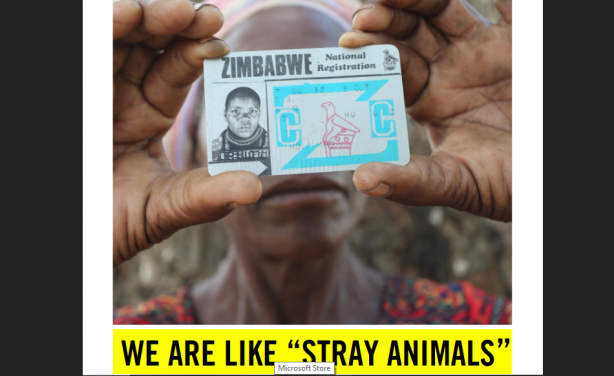