Heat-associated mortality events usually happen in the scorching Australian Outback, and their arrival in South Africa has Professor Andrew McKechnie worried, Daily Maverick's Shaun Smillie writes. "Yes, I believe it is climate change and the reality is that climate change is increasing the frequency and the intensity of heatwaves," the professor at the University of Pretoria's Department of Zoology and Entomology says.

"We have evidence now across a number of species, both in the Kalahari and in other arid zone ecosystems in Australia; in the U.S. as well," says Dr. Susan Cunningham, a senior lecturer at the FitzPatrick Institute of African Ornithology and a member of the Hot Birds Research Project. "This evidence shows that some bird species are spending more time trying to stay cool as they deal with increased numbers of hot days. Birds are forced to shelter in the shade when they should be foraging."

"We have got over 15 years of data on these birds that has allowed us to track changes through time, and we can see that these hot summers are causing problems for those birds in terms of their ability to get enough food into their chicks and their ability to survive the following winter after a hot summer," explains Cunningham. 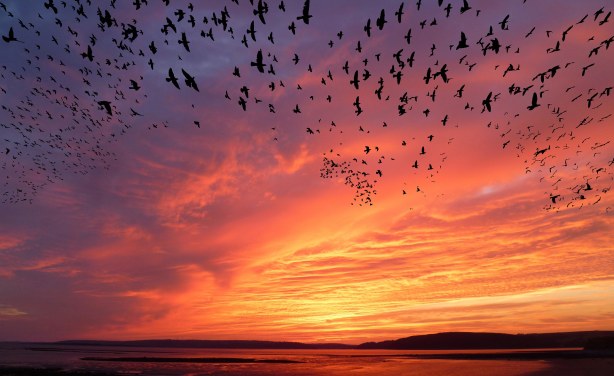