The arrest of another Nigerian secessionist leader Sunday Adeyemo, popularly known as Sunday Igboho, a campaigner for Yoruba self-determination, was made on July 20, 2021. He was arrested at Contonou Airport in Benin Republic after he stepped off a plane to board another to Germany, where he is a citizen. He had been declared wanted by Nigerian authorities and his arrest follows a promise made by President Muhammadu Buhari to "fish out troublemakers".

According to newspaper reports, he was disembarked from his plane, arrested by the Beninese police while he was trying to travel to Germany and then transferred to the Cotonou Criminal Brigade.

This arrest comes in the wake of the arrest of Biafra leader Nnamdi Kanu in Kenya, who was brought back to Nigeria for trial on June 29, 2021.

Mr Adeyemo's lawyer, Yomi Alliyu, said in a statement on July 20, 2021 that Nigeria captured his client and his wife Ropo, a German citizen, with the help of Interpol and Benin authorities. He described the arrest as shocking and urged Germany, Benin and the international community "to rise up and curb the impunity of Nigeria" by rejecting extradition requests. 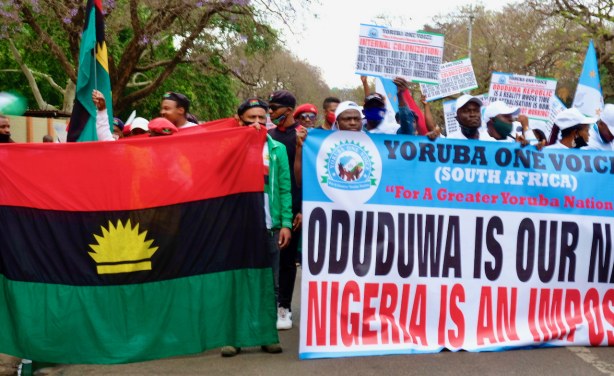