According to the latest National Income Dynamics Study - Coronavirus Rapid Mobile Survey (NIDS-CRAM) figures, up to 750,000 learners in South Africa have dropped out of school during the Covid-19 pandemic.

These figures may increase due to ongoing taxi violence in Cape Town, which most recently saw thousands of learners not being fetched from their homes due to fears among drivers belonging to the South African School Transport Association (Sasta) that they may be attacked.

The root cause of the conflict in Cape Town is a disagreement between the Cape Amalgamated Taxi Association (CATA) and the Cape Organisation for the Democratic Taxi Associations (CODETA). "These two associations have a history of violence and conflict that goes back many years, precipitated by disputes over lucrative routes and ranking facilities," Transport Minister Fikile Mbalula said. 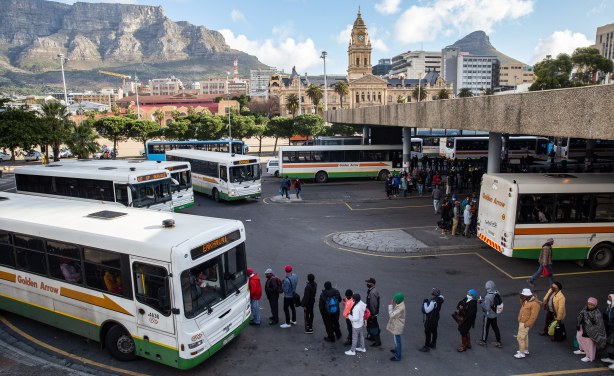 Commuters wait for a bus at the Cape Town central station.