New research by Amnesty International has revealed the devastating scale of destruction caused by the ongoing conflict in Cameroon's Anglophone regions.

Fighting between various armed groups and the Cameroonian armed forces has continued unabated for the past three years, with civilians bearing the brunt of unlawful killings, kidnappings, and widespread destruction of houses and villages. Government intervention has been limited, and there has been near-complete silence from the international community.

Fabien Offner, Amnesty International's Central Africa Researcher says "all parties to the conflict in Cameroon's Anglophone regions have committed human rights violations and abuses, and civilians are caught in the middle".

Violence between government forces and the Anglophone armed separatist groups - who are themselves divided - erupted in 2017, when protests against discrimination and marginalisation were repressed by the authorities.

"The Cameroonian authorities must deliver on their responsibility to protect the entire population indiscriminately, and they should accept the fact-finding mission the African Commission on Human and Peoples' Rights has been calling for, for almost three years. The international community must publicly call on the Cameroonian authorities to urgently initiate thorough, independent, impartial investigations into allegations of human rights violations and, if there is sufficient admissible evidence, prosecute those suspected of criminal responsibility in fair trials before ordinary civilian courts without recourse to the death penalty. In addition, the international community must ensure that the humanitarian response aimed at addressing the needs of those affected by the violence, including refugees and internally displaced, is adequately funded," Offner said. 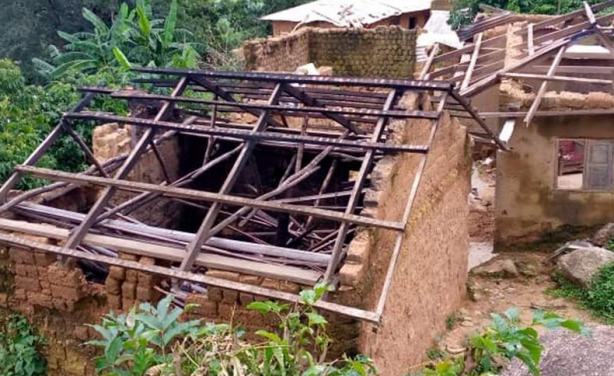 New research by Amnesty International has revealed the devastating scale of destruction caused by the ongoing conflict in Cameroon’s Anglophone regions (file photo).