After a fortnight in the game, Beatrice, Yerins and Niyi have become the first housemates to be evicted from the 'Shine Ya Eye' season. While it was certain that at least one of the nominated housemates was going to be evicted, nothing prepared them for the fact that three would bid the Big Brother House goodbye. Then came the second shock - new arrivals. In a surprising twist, Big Brother has added another four new housemates into the house. The new housemates are Michael, Kayvee, JMK and Queen.

Twenty-three housemates are competing for the grand prize. The winner will walk away with U.S.$236,000 worth of prizes - the highest in the show's history. 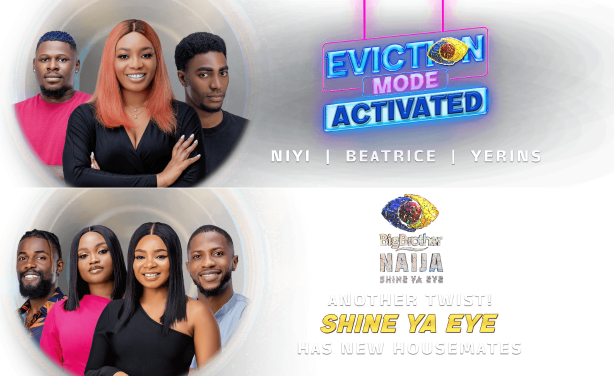