Ethiopian Prime Minister Abiy Ahmed has urged all eligible citizens to join the Ethiopian National Defence Force (ENDF) and its allied regional forces and militias to fight against Tigrayan rebels. The appeal from his office follows the government's unilateral declaration of a cease-fire in June 2021 as its military retreated from Tigray. The national call comes as TPLF fighters continue to advance further deep in neighbouring regions, gaining territorial victories.

Fighting between the national government and the TPLF broke out in November 2020, leaving about 4 million people in the Tigray, Amhara and Afar regions facing emergency or crisis levels of food insecurity, according to the United Nations. Both sides have been accused of atrocities.

Amnesty International has released a new report in which it says women and girls in Tigray were targeted for rape and other sexual violence by fighting forces aligned to the Ethiopian government. The report says members of the Ethiopian National Defence Force (ENDF), the Eritrean Defence Force (EDF), the Amhara Regional Police Special Force (ASF), and Fano, an Amhara militia group were part of a pattern of acts of sexual violence, indicating that sexual violence was widespread and intended to terrorise and humiliate the victims and their ethnic groups.

The Ethiopian foreign ministry has responded in a statement, saying the Amnesty report is based on flawed methodology and relies heavily on interviews conducted in refugee camps in Sudan and remote interviews facilitated by "community workers". The ministry says Amnesty International "seems bent on engaging in sensationalized attacks and smear campaigns against the Government of Ethiopia". 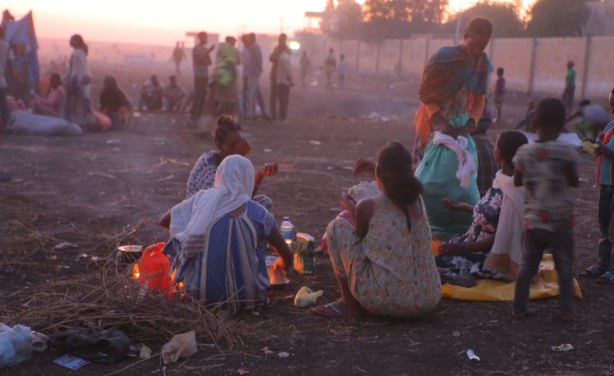