The number of people testing positive for the novel coronavirus has risen sharply in Lagos. The increasing number of active cases from less than 2,000 in June 2021 to the current 70, 845 cases, have been linked to the Delta variant which has been described as the most transmissible.

Lagos Governor, Babajide Sanwo-Olu, has said that the third wave of the pandemic is apparently taking its toll on the country's commercial nerve centre. According to the governor, since the third wave was declared, a total of 135 deaths were recorded in Lagos, with patients using as many as 400 cylinders of oxygen per day. Sanwo-Olu said the state would be ramping up its oxygen plants in the coming days, as he projected that the demand for oxygen may shoot up in the next few weeks. The governor said that the situation called for "more responsibility". Residents are being urged to adhere to preventive protocols put in place by the government.

There are over 100 informal settlements in  Lagos. Many of the 100,000 Chibok people living in Lagos came from IDP camps in northern Nigeria after fleeing the Boko Haram insurgency. The pandemic has made their situation far worse. Many informal dwellers were forced to beg in wealthy neighbourhoods just to survive - risking arrest for breaking the lockdown rules, write Taibat Lawanson and Rebecca Enobong Roberts for The Conversation. 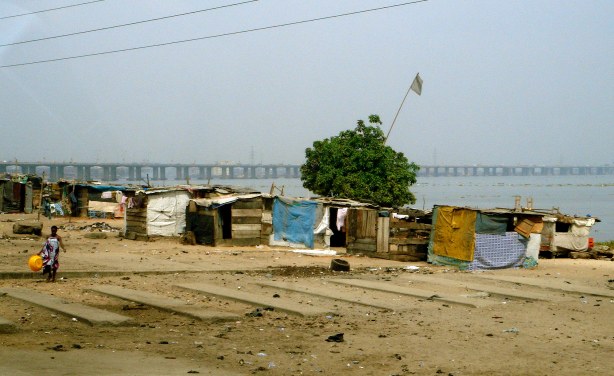 Dwellings on the shores of the Lagos Lagoon (file photo).