Slee Mbhele volunteers as a firefighter in South Africa because the racial and economic divides that segregate the country seem to dissolve when confronting a blaze. Mbele is a 40-year-old medical researcher and has been part of Cape Town's Volunteer Wildfire Services for three years. She describes fire as "the great equaliser", putting all firefighters on an equal footing, no matter their colour, age or gender, as they work as a team to extinguish the flames. "We see inequality all around us but when we fight the fire, we all pull our weight together, we are all the same," she says.

South Africa is one of the world's most unequal countries, both economically and socially, according to the World Bank. It is marred by poverty, high levels of crime and corruption nearly 30 years after the end of the white minority Apartheid regime in 1994.

Mbhele worries that inequality may begin to affect those whose homes get burned, as wildfires become more frequent. She fears that the fires will move from suburban homes close to the mountains towards Cape Town's crowded informal settlements, which have limited water supplies and narrow roads that are hard for vehicles to access. 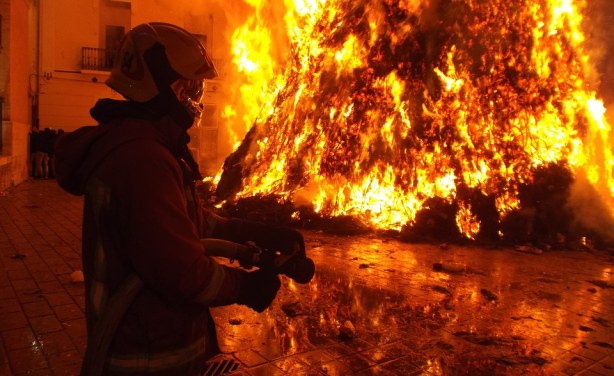