"In my view the hidden debt scandal is the most egregious corruption case of the 21st century. In  U.S. dollar terms, the Malaysian 1MBD case is larger, but Malaysia is far wealthier than Mozambique, ranked 47th out of 185 countries on GDP per capita whereas Mozambique ranks 180," writes Richard Messick, senior contributor to the Global Anticorruption Blog and pro bono legal counsel to the Budget Monitoring Forum, a civil society coalition in Mozambique.

The trial of 19 defendants in the transnational U.S.$2 billion corruption case began on August 23, 2021, and is being followed closely by Mozambicans at home and abroad, as well as others with ties to that country. The trial is expected to continue for at least two months, and the proceedings are being streamed live on Mozambican television.

Despite the open proceedings and the presence of many journalists, however, the case has so far drawn relatively little international attention. Full reporting by Mozambique News Reports And Clippings' Joseph Hanlon, with background documents and daily updates are available on allafrica.com.

In a separate development, the High Court in Johannesburg ordered South African Justice Minister Ronald Lamola not to extradite former Mozambican finance minister Manuel Chang to his home country pending a final ruling on the extradition. Chang has been in custody in South Africa since December 2018 when he was arrested for his alleged involvement in financial crimes totalling U.S.$2 billion. Mozambique wants him as a witness in the trial in Maputo, but the United States wants him extradited to face trial there. 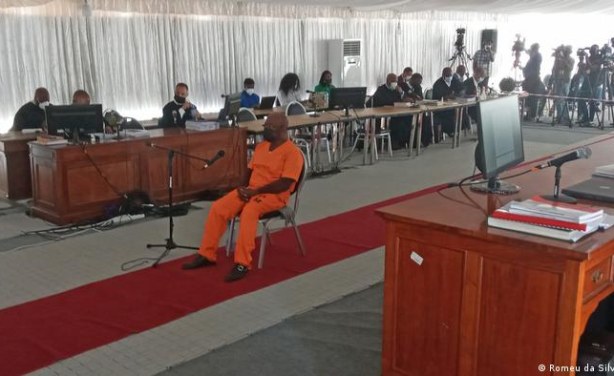 One of 19 defendants in the 'hidden debt' trial gives answers to the tribunal.