Thaba Telle Mining Company became the first locally-owned company to be awarded diamond mining rights in Lesotho. The Chief executive officer, Lehlohonolo Nthontho, says the firm was awarded a 10-year mining lease to mine the Khubelu kimberlite pipe in Mokhotlong. The company has three shareholders namely Lehakoe Diamonds with 60% shareholding, the government with 25% and 15% held by Thaba Telle Minerals, which is controlled by South African investors.

The mine is expecting to employ 100 people in the first phase, which will last for a year before embarking on the expansive second phase in which at least 600 will be employed.

Lesotho is known as the highest U.S.$ per carat producer by country in the world. Most of Lesotho's high-value diamond mines are located in a cluster high-up in the Maluti Mountains. These mines include Letseng, Mothae and Kao. The Letšeng Diamond Mine is owned by Gem Diamonds, Ltd. and the government of Lesotho, and at an elevation of 3,100 m (10,000 ft) it is the world's highest diamond mine. 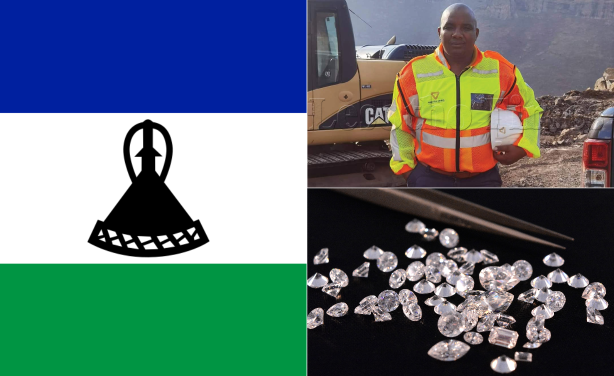