Authorities in Kinshasa are reportedly pointing an accusing finger at a mine in Angola for polluting two tributaries of the Congo River, the second longest in Africa.

An investigation by Congolese authorities allegedly showed that a leak from the Catoca diamond mine in Angola is responsible for polluting the Tshikapa and Kasai rivers, which had reportedly turned red.

DR Congo says pollution has harmed the health of the inhabitants of Tshikapa in Kasai province, causing diarrhea. Reports from villagers in central Congo said the chemicals killed fish and hippos since July. 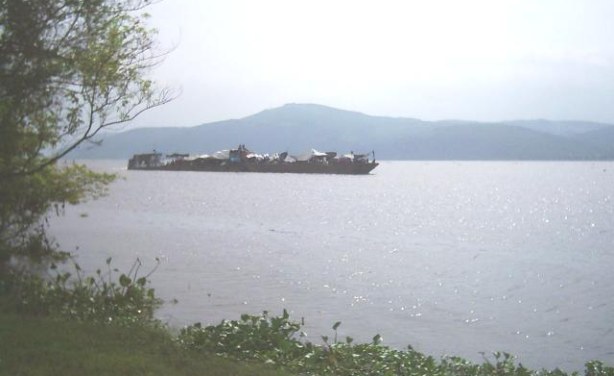 The Congo River as it flows past the Maluku commune (file photo).