The family of late former president Robert Mugabe has filed an appeal against the ruling by a Chinhoyi magistrate dismissing the application to nullify an order by a traditional court to exhume his remains and rebury them at the National Heroes Acre in Harare. In her judgement, Magistrate Ruth Moyo said Mugabe's children, Bona Mugabe, Tinotenda Robert Jnr and Bellaimine Mugabe had no business in attempting to reverse the ruling by the traditional court, as they were not cited as respondents in the first instance. Moyo noted the person cited in the case was their mother, former first lady Grace Mugabe.

The former first lady was ordered to facilitate the exhumation of Mugabe's remains for reburial at a national shrine for luminaries of the country's 1970s liberation war. She was fined five cows and two goats. Mugabe died at the age of 95 in September 2019 and was buried at Kutama, his rural home despite vigorous attempts by President Emmerson Mnangagwa's administration to have him interred at the National Heroes Acre in Harare, where many other nationalists are buried. Following his death in Singapore in 2019, a standoff ensued between the government and Mugabe family over his final resting place, stretching to nearly three weeks before his burial. 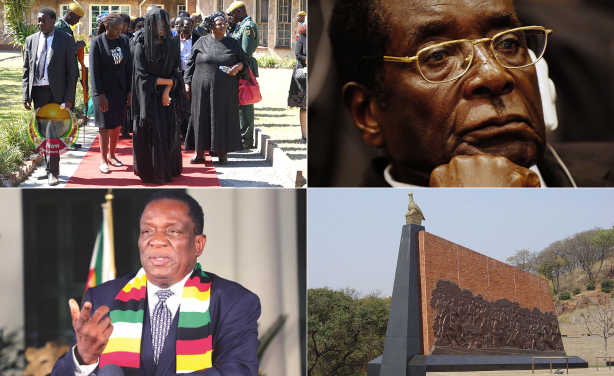