A surge of surrenders by Boko Haram militants in northeastern Nigeria has turned the spotlight onto how the government deals with fighters who claim to have repented and are now - controversially - looking to be reintegrated into a society scarred by 12 years of war, writes Obi Anyadike for The New Humanitarian.

Anyadike visited Muna Garage, a camp for some 40,000 people displaced by the conflict on the eastern edge of Maiduguri, the capital of Borno State, to ask residents how they felt about the return of the former mujahideen, and whether they could ever forgive them for the violence they had unleashed.

The surrender of the ex-militants has forced people in Muna to both confront the past and consider the future. The people spoken to, weighed a demand for justice and accountability, with the hope that the defections could signal a new, more optimistic phase in the long-running war. The Boko Haram insurgency has killed approximately 36,000 people and displaced about two million people in Nigeria since 2009.

The government and military has hailed the Boko Haram surrender as a victory - proof that the tide of the war is finally turning after a string of military reversals. But analysts are quick to point out that most of the insurgents currently surrendering, were loyal to deceased Boko Haram leader Abubakar Shekau, who died in May 2021, following an attack on his Sambisa Forest base in southern Borno State by men of the breakaway Islamic State in West Africa Province (ISWAP) - his arch-rivals. 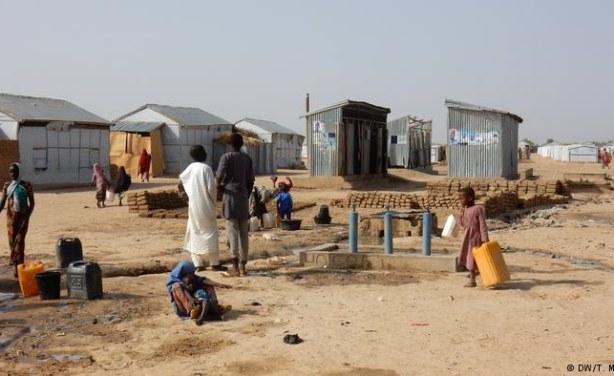 Many Nigerians in the northeast have fled Boko Haram attacks and now live in refugee camps (file photo).