Although Mozambique's armed forces, with the help of Rwanda and the SADC forces, have reclaimed nearly all areas that were seized by militants in Cabo Delgado province, with some locals are returning to their homes, questions have been raised on why the Rwandan government has gotten involved. First the murder of a prominent critic of Rwandan President Paul Kagame in Maputo has confirmed fears of other Rwandan dissidents that the presence of Rwanda's troops in Mozambique is helping it to get at its own political enemies.

The Rwandan government frames this as a 'responsibility to protect' mission. This, it argues, has been inspired by the international community's failure to protect civilians in Rwanda during the 1994 genocide against the Tutsi. The Rwandan intervention in Mozambique came shortly after French President Emmanuel Macron's visit to Kigali in May 2021. Some commentators have suggested that Rwanda, funded by France, has intervened to shore up France's interests, principally the gas reserves of French-owned Total. The Rwandan government has chafed against the claim that it is simply doing France's neo-colonial bidding. It has stressed the humanitarian basis of its intervention, Phil Clark writes for The Conversation.

AllAfrica's Silencing The Guns series focuses on peacebuilding on the continent, and  has talks about the situation in Mozambique, where terror engulfs the northern province of Cabo Delgado. We'll hear from David Matsinhe, Southern African researcher at Amnesty International and author, historian, and peace practitioner Yussuf Adam, who shares his experiences after a field visit in the north. 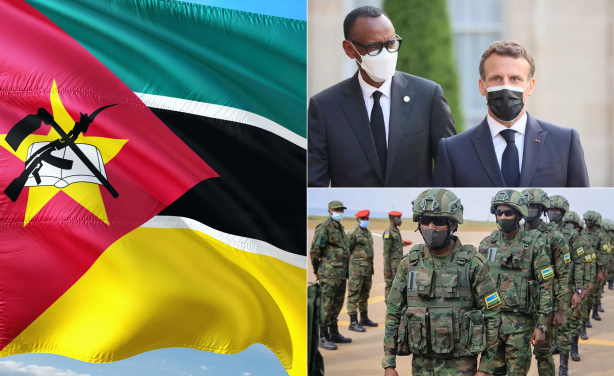