Deputy President William Ruto has slammed the door on any possible coalition with smaller political parties, ahead of the 2022 general election. He has warned those opposing his presidential bid to prepare for a bruising battle.

Ruto's United Democratic Alliance (UDA) is reportedly set for its biggest test yet as it plans for a grassroots elections in October 2021.

Three of Ruto's allies - Moses Kuria, a Gatundu South MP of Chama Cha Kazi (CCK), former Agriculture Cabinet Secretary Mwangi Kiunjuri of The Party of Service (TPS) and Isaac Ruto of Chama Cha Mashinani (CCM) have however all said they will not join the UDA, despite supporting Ruto's quest for the presidency.

Religious institutions are reportedly at a crossroads over plans to reconcile President Uhuru Kenyatta with Deputy President Ruto. 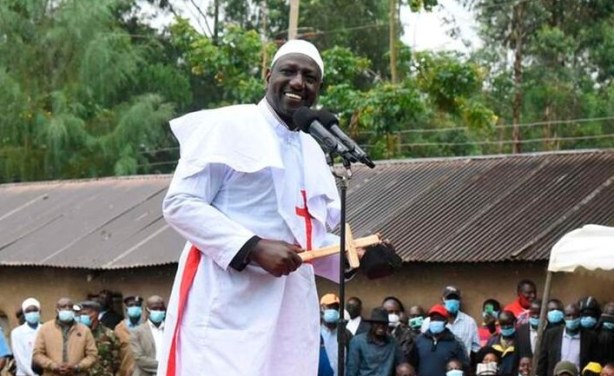