Thousands of Cameroonians have participated in peace walks on UN World Peace Day on September 21, 2021. They called for a ceasefire between the military and separatists. Citizens, who  marched in several cities and towns, said they were tired of burying civilians caught up in the fighting. But the conflict is not likely to end soon.

Similar peace walks took place in Buea, Bamenda and Kumba - cities in western regions - where armed separatist groups are active, and the northern towns of Maroua, Garoua and Ngaoundere - close to Cameroon's border with Nigeria - the site of many incursions by the militant group Boko Haram.

The song, "We Want Peace," by Cameroonian performer Salatiel, blasted through speakers in capital Yaounde. Esther Njomo Omam, director of the non-governmental organization Reach Out Cameroon who organised the rally, said "Cameroonians should give peace a chance".

The government said a majority of people who took part at the peace walks were women affected by the crises. Some of them said they lost family members in the crises. 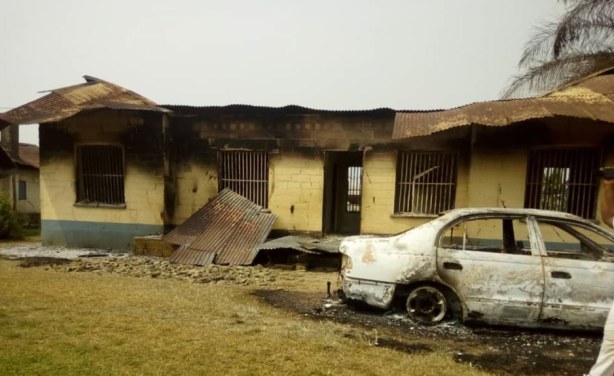 Damaged building that was part of the torched district hospital in Kumba (file photo).