Four political parties in Tunisia have announced a coalition to oppose President Kais Saied's move to seize governing powers, Al Jazeera reports. The Democratic Current party, Ettakatol, the Republican Party and Afek Tounes announced the formation of the coalition in a news conference on September 28, 2021. Tunis Afrique Presse is quoting Democratic Current party Secretary-General Ghazi Chaouachi as saying that the parties "aspire to a new landscape where the judiciary is independent, obsolete laws are revised and the fight against corruption and the defense of human rights are priorities".

On September 26, 2021, thousands of protesters gathered in Tunis denounce the exceptional measures decreed on July 25, 2021 and September 22, 2021 by Saied as a "coup", after he increased his powers and suspended parliament.

On the opposite side of the Municipal Theatre, hundreds of the president's supporters rallied for the measures announced by the president, which among others, saw the sacking of Prime Minister Hichem Mechichi with whom he reportedly had a longstanding feud.

In recent months, Tunisia has seen the arrest of several people opposed to the president. Tunisia's teetering economy gave rise to the Tunisian Revolution in 2010 - a 28-day campaign of civil resistance and street protests that led to the ouster of then-president Zine El Abidine Ben Ali in January 2011. 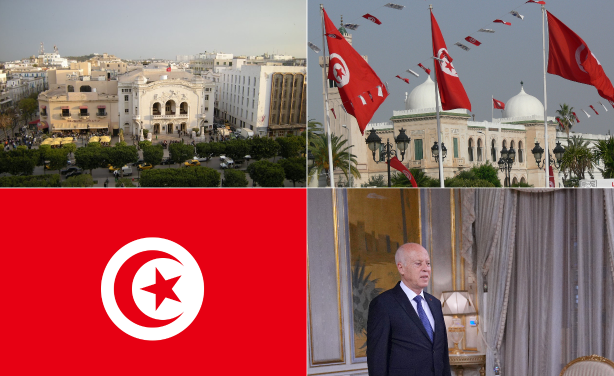