The city of Geneva is renaming a street for Annie Jiagge, who was the first African woman to be a World Council of Churches (WCC) president, from 1975 to 1983. Jiagge (1918-1996) was also moderator of the WCC's commission on the Programme to Combat Racism.

Jiagge, who was from Ghana, attended WCC assemblies at Evanston (1954), Uppsala (1968), Nairobi (1975), Vancouver (1983) and Canberra (1991) and served as counsellor for the Christian council in Ghana and as chair of the commission on the churches' participation in development. She practiced law in Ghana and was a magistrate, circuit court judge and high court judge.

The street-naming initiative in Geneva is highlighting women who contributed to the history of Geneva at different periods. 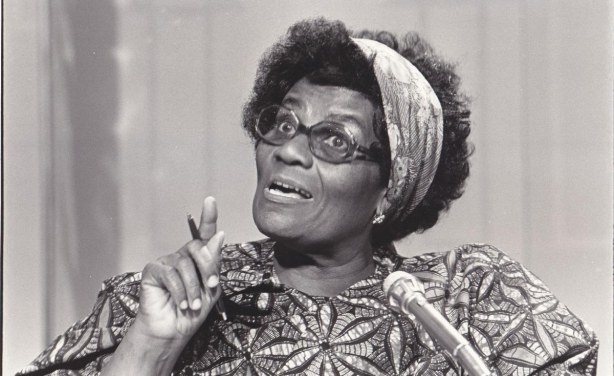 Annie Jiagge at the WCC 6th Assembly in Vancover in 1983.