The Kenya Meteorological Department, in its forecast for the October-November-December short rains season has predicted that the drought that has left millions of Kenyans without food and water and killed hundreds of thousands of animals in the north and Coast region adding that is bound to get worse.

According to the latest forecast, the dry spell is set to extend southwards as it ravages counties in Ukambani and other regions in the Coast and the Rift Valley.

Several counties are battling starvation, with over 9,000 people in need of treatment for malnutrition in Marsabit and more than 200,000 others surviving on one meal a day in Kilifi, writes Collins Omulo for The Nation. 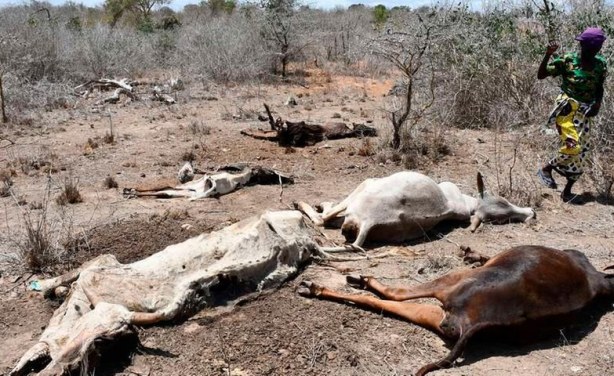