The African Union's (AU) Peace and Security Council said in a statement that it has endorsed an independent assessment team's recommendation for a hybrid operation that would replace the African Union Mission in Somalia (AMISOM) after 2021.

The hybrid mission is among several options recommended by the assessment team in a report released in May 2021. The plan, which the African Union has proposed to take effect in January 2022 will need approval by the U.N. Security Council and Somalia's central government.

Somali Foreign Minister Mohamed Abdirizak previously rejected calls for a hybrid plan, saying that the government preferred an option that emphasised the Somali transition plan. "It pursues the enemy while building the capacity of the Somali forces and eventually transfers security responsibilities to Somalis," he said.

Since 2007, the regional peacekeeping mission, which operates with U.N. approval, has assisted the Somali government forces in their battle to stabilise the Horn of Africa country, mainly against Al-Shabaab militants. 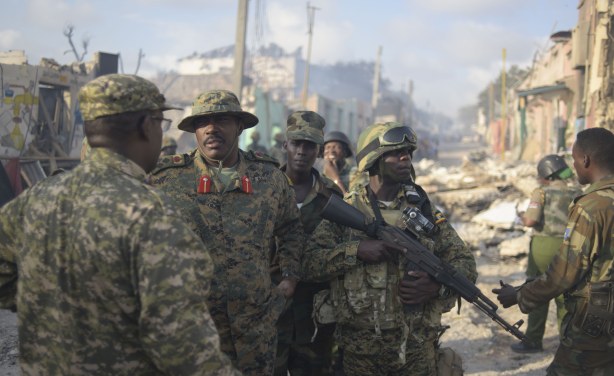