'Ending Malaria in Africa Needs to Focus on Poverty'

Annually, more than 400,000 people die of malaria worldwide. Africa carries a disproportionate burden of the disease. In 2019, 94% of deaths and cases were recorded in the region.

History shows that two centuries ago, malaria was ravaging some countries in Europe at rates similar to those being experienced in Africa today. In Italy for example, at the end of the 19th century there were two million cases of malaria annually and 15,000 to 20,000 deaths each year. By 1970, the World Health Organisation (WHO) had declared Italy malaria free.

There is a very stark contrast between how Europe responded to malaria back then and how Africa - and countries in other developing regions - continue to approach the problem.

There are intrinsic differences between Europe and Africa. These include the climate - Europe is, on average, much cooler - and the capacity of local mosquitoes to transmit malaria. But the underlying driver of malaria in the two continents is the same.

To achieve malaria elimination on the continent, Africans need to own the agenda. External partners must support the local agenda and avoid any sense of supremacy. This can be done in a number of steps.

African politicians, economists, scientists, and their partners need to rethink the current approach to malaria elimination. They should develop a strategy that is locally driven, long term and embedded in a larger country development plan, writes Silas Majambere for The Conversation. 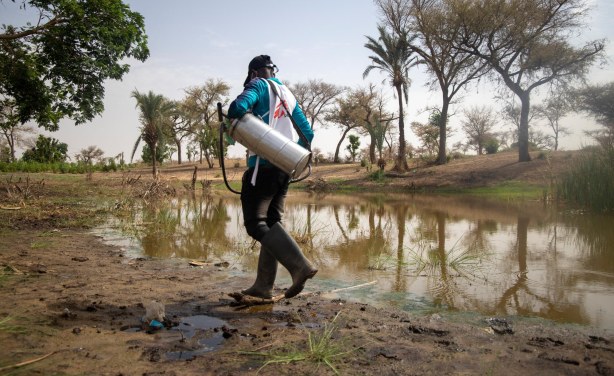 MSF teams treating the different water points in the village of Ara in the commune of Bandé in the department of Magaria in south of Niger (file photo).