One Year On, No Justice for #EndSARS Crackdown Victims in Nigeria

One year after #EndSARS protests rocked Nigeria, police have warned against a repeat to mark the anniversary. The largest protest in Nigeria's history ended after the army reportedly killed at least 12 demonstrators.

Empty burnt-down buildings in Nigeria's commercial capital Lagos are all that remains of the #EndSARS movement - a largely youth-driven protest movement - that shook Nigeria's ruling class to its core in October 2020, writes Chrispin Mwakideu for Deutsche Welle. As a precaution to avoid a repeat, Nigerian police issued a warning to thwart any potential fresh protests.

Tens of thousands of people took to the streets demanding that President Muhammadu Buhari carry out police reforms. Barely one month before the protests started, Buhari had signed into law the Police Act 2020, which provides a framework to kick-start genuine and far-reaching police reforms. 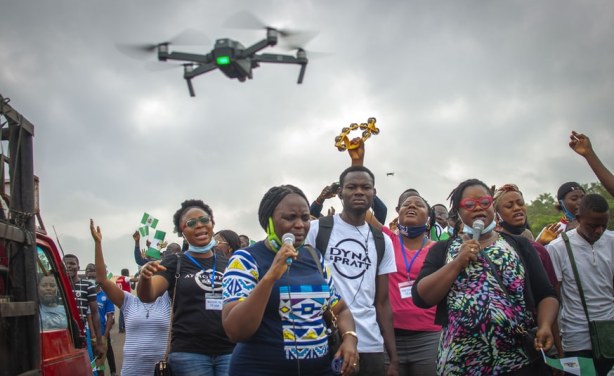