The Dark Side of the DR Congo's Coltan Wealth

Coltan is one of the world's most vital minerals, and 60% of reserves globally are found in the Democratic Republic of the Congo's (DRC) Kivu province. The mineral is used in cell phones, laptops and other devices because of its particular ability to store and release electrical energy.

In 2019, 40% of the global coltan supply was produced in the country. The informality of the extractive sector provides attractive job opportunities for vulnerable children, who serve as a pool of cheap labour.

Much of the country's coltan is extracted using the labour of over 40 000 child and teenage miners. Coming from remote villages and towns in Kivu, they either drop out of school or have never had the opportunity to attend.

Doing adults' work in a hazardous environment, many child miners face harassment, abuse and ill health. Occupational hazards include daily exposure to Radon, a radioactive substance associated with coltan, which has been linked to lung cancer.

Faustin Kantanga, a civil society leader in Bukavu, told the ENACT organised crime project that coltan mines were rife with prostitution, sexually transmitted diseases and rape, and that child miners were exposed to these risks. Those travelling long distances to smuggle coltan are also vulnerable to child traffickers and recruitment by armed groups.

In sum, illicit coltan mining and trading in the DRC is enabled by the weak implementation of certification schemes, ongoing attempts to bypass regulations, and inadequate law enforcement. This casts doubt on the usefulness of all the certification schemes signed up to by the country, writes Oluwole Ojewale for Institude for Security Studies. 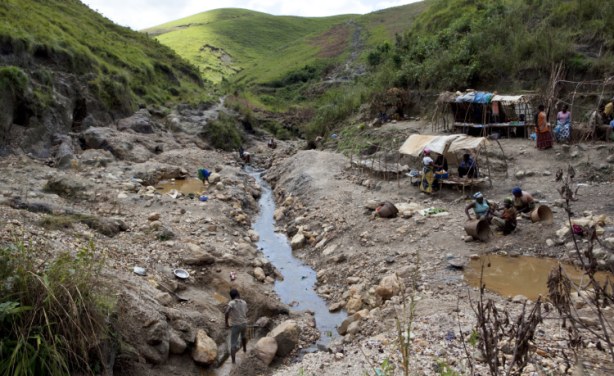 Every day, hundreds of thousands of pounds worth of precious minerals such as cassiterite (tin-ore) and coltan are mined illegally and bought by foreign multi-nationals for use in the manufacture of mobile phones, DVD players and computers.