Shots Fired at Chamisa Convoy During Campaign Trail in Zimbabwe

The leader of the MDC Alliance, Nelson Chamisa, has been on tour of local villages and communities in line with his party's Agenda 2021.

Chamisa has been steeped in controversy over the leadership of the Movement for Democratic Change (MDC) since the death of MDC party leader Morgan Tsvangirai in 2018. He was "dethroned" as party leader by the Supreme Court of Zimbabwe in 2020. He has since formed the splinter MDC Alliance.

Chamisa has been met with hostility from some quarters, reportedly from the ruling Zanu-PF party members, when his convoy was fired on, allegedly by Zanu-PF members at Mutare, the most populous city in the province of Manicaland. The MDC Alliance is accusing members of Zanu-PF party of plotting to derail Chamisa's attempts at meeting with traditional and opinion leaders and villagers in Chimanimani district, writes Elia Ntali for 263Chat

President Emmerson Mnangagwa banned the Zimbabwe Electoral Commission from holding by-elections in 2020, as part of the government's efforts to contain the spread of the deadly Covid-19 pandemic. This did not help Chamisa, who is now trying to make up lost ground as the 2023 election nears.

Chamisa served as cabinet minister from February 2009 to July 2013, until the end of the government of national unity. He also served as the Movement for Democratic Change's organising secretary. Chamisa stood for election against incumbent Mnangagwa against whom he lost in 2018. 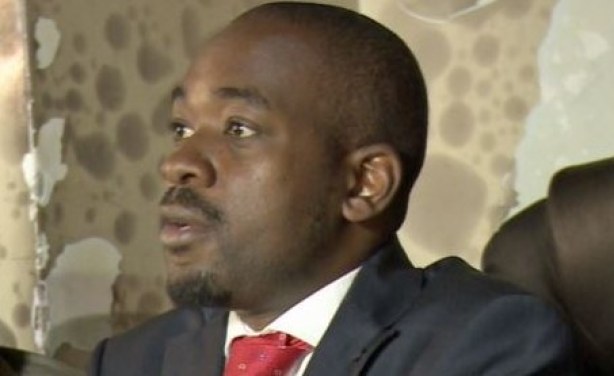