Rival factions in Libya launched a last-ditch attempt on October 21, 2021 to shore up support for their efforts to hold democratic elections in December. At an international conference, representatives of the legislature based in the east of the country and the High State Council that sits in the capital Tripoli met with delegates from the the United Nations as well as regional and western powers, Deutsche Welle reports.

Holding national elections on December 24 is a key provision of a UN-backed peace plan that has seen the warring factions cease hostilities for nearly a year after a decade of conflict brought on by the toppling of dictator Muammar Gaddafi in 2011. 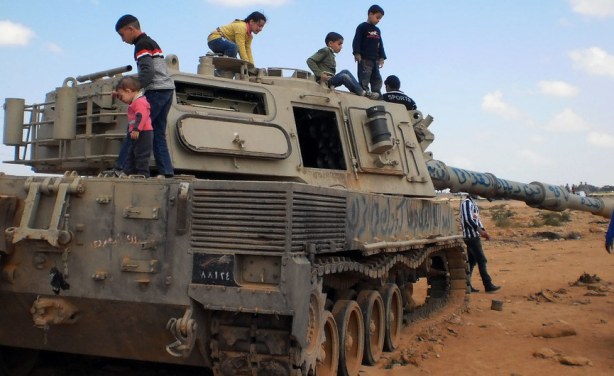 Children play on an abandoned tank in Libya (file photo).