South African President Cyril Ramaphosa, who is chairperson of the Southern African Development Community (SADC) Organ on Defence, Politics and Security Cooperation, has appointed Special Envoys to engage with King Mswati III of the Kingdom of eSwatini on security and political developments there. Fresh pro-democracy protests have flared up again, months after authorities quashed a round of protests in mid-2021.

Local publication Swaziland News is reporting that the government has now banned all protests in the country. The publication says Housing and Urban Development Minister Major General Prince Simelane told a press conference on October 21, 2021 that the decision to ban protests was triggered by the political tension in the country.

Human Rights Watch is reporting that eSwatini police fired live ammunition and teargas into a bus full of people travelling to the capital, Mbabane, on October 20, 2021 to protest the jailing of two pro-democracy members of parliament. Some of the bus passengers were injured and had to be hospitalised, and the rest were turned back and prevented from going into the city centre.

HRW says that the two MPs, Mduduzi Bacede Mabuza and Mthandeni Dube have been in custody since July 25.

Protests have rocked the country since May this year, when students and teachers marched to vent their anger at the alleged police killing of Thabani Nkomonye, a law student at the University of Swaziland. The authorities initiated an investigation into the killing, but protests escalated in late June when about 500 youths took to the streets in Manzini district, 30km from Mbabane, demanding democratic reforms. The authorities responded by banning demonstrations and deployed soldiers and the police to disperse protesters., HRW says. 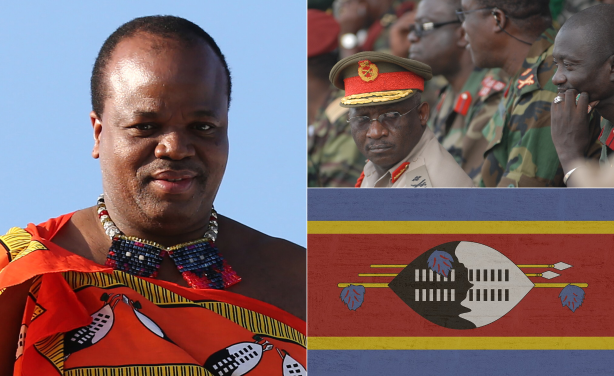