Three High Court judges are set to make a landmark pattern that will allow for the side-stepping of the president in the process of appointing judges.

Justices George Dulu, James Wakiaga and William Musyoka have ruled that six High Court judge nominees, who President Uhuru Kenyatta overlooked while gazetting names of new appointees, will stand appointed should the head of state fail to submit their names within the next 14 days.

The judgment, if implemented, means the president will have no powers to reject High Court judge nominees in future, reducing the presidency to a ceremonial role in judicial appointments.

The judgment introduces a new twist to the stand-off between the Executive and the Judiciary over the delayed appointments.

The six appointees who were overlooked include George Odunga, Aggrey Muchelule, Joel Ngugi and Weldon Korir, who were promoted by the Judicial Service Commission (JSC) to the court of appeal in July 2019. Other nominees are chief magistrate Evans Makori and High Court deputy registrar Judith Omange, who were promoted as judges of the Environment and Lands Court.

President Kenyatta snubbed their promotions in June this year on grounds that they are tainted and have integrity issues. He appointed 34, leaving out the six, one having died during the impasse.

Upon lapse of the 14 days, the six nominees will be deemed as duly appointed to their respective offices, writes Joseph Wangui for The Nation. 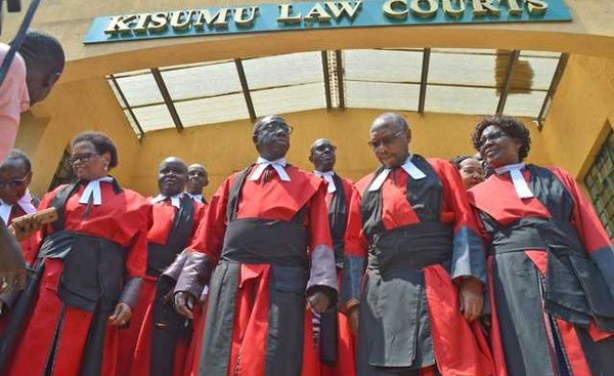