On October 24, 2020, gunmen stormed Mother Francisca Bilingual Academy, a private school in Kumba's Fiango neighborhood killing seven school children. No one claimed responsibility for the killings, but the government blamed armed separatists who have called for a boycott of education in the Anglophone regions since 2017.

Human Rights Watch says the subsequent trial and death sentence meted out to four suspected separatists for the killings was marked by procedural irregularities.

"Cameroonian authorities seem to have railroaded people into a sham trial before a military tribunal, with a predetermined outcome, capped with the imposition of the death penalty which is unlawful under international human rights law," Ilaria Allegrozzi, senior Africa researcher at Human Rights Watch said.

"Victims of the Kumba massacre have a right to expect an effective investigation, and for those responsible to be brought to justice in a fair trial."

Atoh Walter Chemi, the leading defense counsel, told HRW the trial was "predicated upon circumstantial evidence as opposed to real evidence, and throughout the trial, the prosecution brought no witness we could ask questions".

The trial, which received no media attention before the verdict was pronounced on September 7, started in December 2020. Defense lawyers said all 12 defendants had to present their cases in one day during a "marathon hearing" in July 2021.

"The military court should never have handled this case involving civilians, and it seems to have made little effort to ensure basic respect for human rights standards," Allegrozzi said. 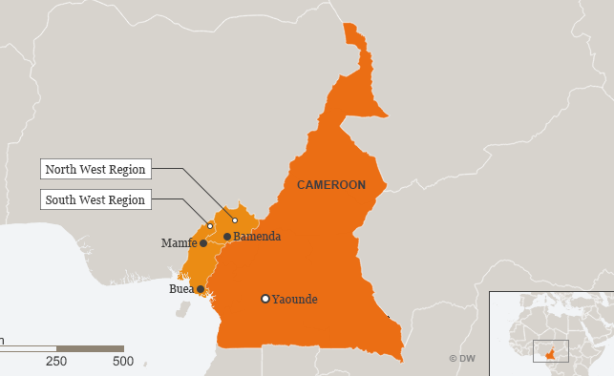