Calls Grow Louder for U.S. to Remove Sanctions on Zimbabwe

The sanctions imposed on the country by the West must go as they are targeted at collapsing key pillars of the national economy but Zimbabwe will use its resources to fend them off and foster growth towards prosperity, President Emmerson Mnangagwa has said. He called for the unconditional removal of the sanctions and hailed the Southern African Development Community (SADC) and the whole of Africa for speaking out against sanctions and setting October 25 as a day to collectively call for their removal.

Meanwhile, some churches and diplomats have called on the U.S. to unconditionally remove economic sanctions arguing the measures have caused untold suffering on innocent citizens. In a note addressed to the visiting UN Special Rapporteur, Alena Douhan, the Zimbabwe Heads of Christian Denominations group criticised sanctions for failing to serve their intended purposes. The Chinese embassy says "the Western imposed illegal sanctions against Zimbabwe are a violation of international law and human rights".

In 2002 and 2003, the U.S. imposed targeted measures on the Government of Zimbabwe, including financial and visa sanctions against selected individuals, a ban on transfers of defence items and services, and a suspension of non-humanitarian government-to-government assistance. The U.S. says the sanctions were in response to widespread, government-sponsored violence that threatened regional security. 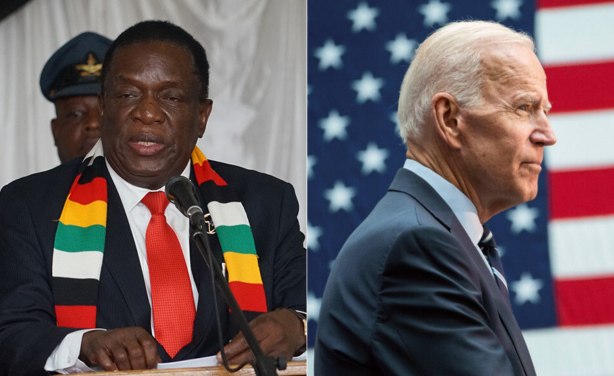