The number of victims of the November 13, 2021 "Marches of the Millions" protests in the Sudanese capital has increased to seven, Radio Dabanga reports.Two minors died of gunshot wounds in hospitals in Khartoum. In a statement, the Central Committee of Sudan Doctors (CCSD) said 212 people were injured during the protests. In total, 23 people have been killed in protests in Khartoum since the military coup on October 25, the Sudan Doctors said.

Radio Dabanga is also reporting widespread detentions: more than 100 people during the November 13 demonstrations in Omdurman; 52 people, including 10 minors in Khartoum; in Darfur, at least 71 people since the military coup on October 25; and five journalists have been detained.

On November 11, 2021, Voice of America reports, Sudan's top military commander appointed a new governing council that he will lead, two weeks after the military overthrew the civilian-led government. The move by General Abdel-Fattah Burhan contradicts repeated promises from the military that they will hand over power to civilian authorities after seizing it in the October 25, 2021 coup. The United Nations said the development was "very concerning."

On October 25, 2021 the Sudanese army dissolved the power-sharing transitional government and detained civilian Prime Minister Abdalla Hamdok and his cabinet. The coup took place as Sudan was progressing along a democratic path following ouster of longstanding leader, President Omar al-Bashir, in April 2019. 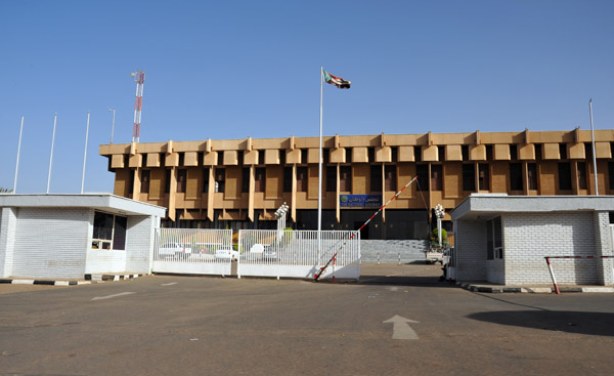 The National Assembly of the Republic of Sudan (file photo).