Locust Battle Not Over as Ethiopian Swarms Invade Parts of Kenya

Mandera, the capital of Mandera County in the former North Eastern Province of Kenya, has been reinvaded in Rhamu Dimtu area by locusts from Ethiopia.

This comes just a day after Kenya declared itself locust-free.

The FAO's situation report of October 14, 2021 said that "as vegetation dries out in the breeding areas of northeast Ethiopia, any swarms that form are expected to migrate north through the Ethiopian Highlands to the Red Sea coast of Eritrea and southeast to eastern Ethiopia and northern Somalia". 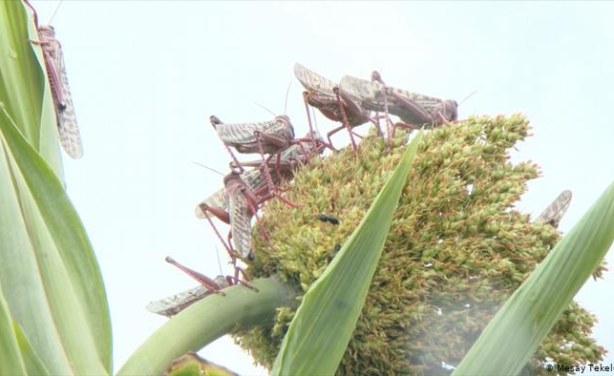 Adult locusts can eat can eat three times their own body-weight per day and travel hundreds of kilometres (file photo).