Speaking at the Conference of the Parties (COP26) in Glasgow, Scotland, Malawi President Lazarus Chakwera has urged rich and powerful nations to meet their financial commitments to least developed countries, including honouring a U.S.$1 billion pledge to poor nations, Nyasa Times reports. "When the nations we lead ask, 'what exactly is the point of this conference?' what they are really asking is this: 'What is the point of having you go to COP on our behalf?'"

The Malawian president referenced recent climate disasters to ensure his fellow leaders were aware of the reality those in developing countries face from climate change.

Rich countries have long broken their 2009 Copenhagen COP16 pledge to mobilize "U.S.$100 billion per year by 2020 to address the needs of developing countries", write Anis Chowdhury and Jomo Kwame Sundaram for IPS. The Covid-19 pandemic has worsened the situation, reducing available finance. Poor countries - many already caught in debt traps - struggle to cope.

The International Monetary Fund recognizes the "unequal burden of rising temperatures". Increasingly frequent extreme weather disasters are often followed by much more borrowing due to poor countries' limited fiscal space. But loans for low-income countries (LICs) cost much more than for high-income ones. Hence, LICs spend five times more on debt than on coping with climate change and cutting greenhouse gas emissions. 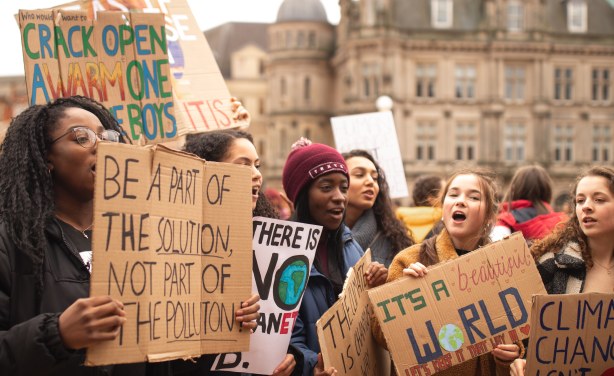