The Nigerian police are failing rape victims by not supporting and investigating the crime when reported, rights groups Amnesty International has said.

"Women and girls continue being failed by a system that makes it increasingly difficult for survivors to get justice, while allowing perpetrators to get away with gross human rights violations. Victims are instead exposed to shaming and stigma. A situation that perpetuates a culture of silence around sexual violence in the country," said Osai Ojigho, head of Amnesty International Nigeria.

In 2020, the police said that the country had seen a sharp rise in cases of rape and domestic abuse of women during the novel coronavirus lockdowns. As reports of rape escalated across Nigeria, state governors declared a "state of emergency" on rape and gender-based violence in June 2020. They also promised to set up a sex offenders register. But over a year since their declaration, nothing has changed, as more cases of rape have been reported.

Amnesty International is calling on Nigerian authorities to act now to protect women and girls from rampant sexual violence. All reported cases of rape must be thoroughly, promptly, and impartially investigated and perpetrators must be prosecuted, and if convicted, sentenced with appropriate penalties. 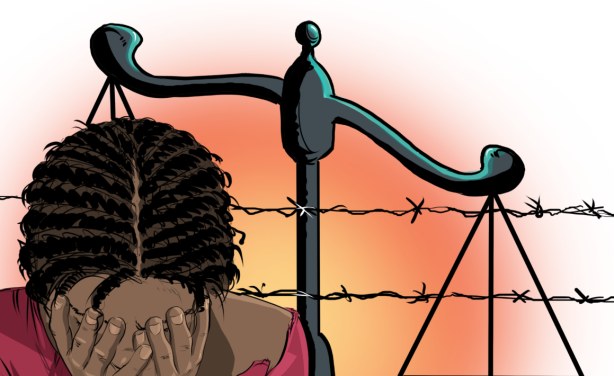 According to the UN children's agency UNICEF, one in four Nigerian women are sexually abused before they turn 18 (file photo).