Scientists say hotter temperatures are reducing the levels of key nutrients in major crops, threatening more malnutrition even if people can get enough food to eat. A November study by the U.S. National Aeronautics and Space Administration (NASA) predicted global maize harvests could fall nearly a quarter by century-end if climate-heating emissions continue to rise.

Declines in production would start becoming apparent by 2030, NASA researchers said - a serious problem as the global population and demand for food continue to grow. Grain production could fall 10% by 2100 around the world if farmers fail to find effective ways to adapt to climate shifts, warned a June study by researchers from Boston University and other institutions, which looked at maize, rice, soy and wheat.

Higher heat can also cause harvested food to spoil faster before it reaches markets, leading to more waste, while heavy rainfall can make roads impassable, preventing farmers from getting their produce to buyers. On the other hand, rising levels of carbon dioxide in the atmosphere, largely from burning fossil fuels, can help some crops grow, as they take in carbon dioxide and water. But those gains will be short-lived, scientists warn, as hotter temperatures make it harder for many key grain crops - from wheat to maize - to mature and also reduce their nutritional content. 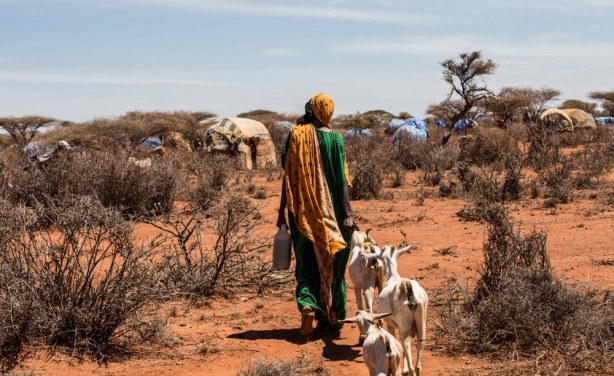