Barrow had said he would step down after three years and not run again, but his new NPP party said he was joining forces with former dictator Yahya Jammeh's Alliance for Patriotic Reorientation and Construction (APRC) party.

Former dictator Jammeh is not entirely out of the picture. Despite being in exile, he still retains significant political support among some Gambians, and his shadow could yet destabilise the country's democratic transition, writes Laura Angela Bagnetto for RFI. 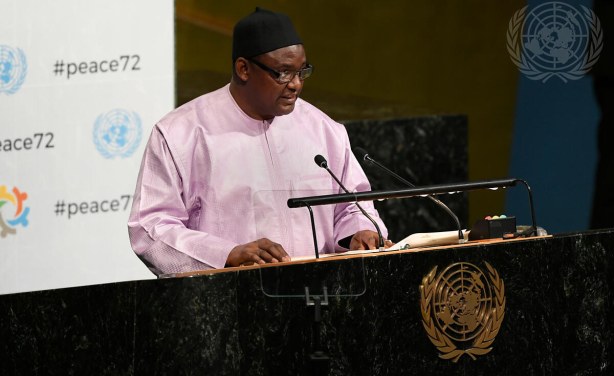 Adama Barrow, President of the Republic of Gambia, addresses a high-level United Nations General Assembly plenary meeting on peacebuilding and sustaining peace in 2018.