Conservationists in South Africa have developed a new app that will help them to monitor South Africa's unique renosterveld landscapes using satellite images to detect when farmers are illegally encroaching into this critically endangered ecosystem, writes Ryan Truscott for Radio France Internationale.

The renosterveld - meaning rhinoceros fields- is a land of rolling hills stretching across the Western Cape's Overberg and Swartland regions, and was once covered with grasses and shrubs and populated with large mammals like black rhinoceros. But after many decades of farming, the natural vegetation has all but disappeared under the plough to be replaced with crops like wheat and barley.

Only an estimated five percent is left - mostly small fragments persisting on privately owned farms. Those that do remain are home to diverse life, especially flowers. But they too are threatened. Now help is at hand to protect these remaining fragments. The Global Overberg Renosterveld Watch app uses satellite data that provides information from the landscape at a much broader scale. 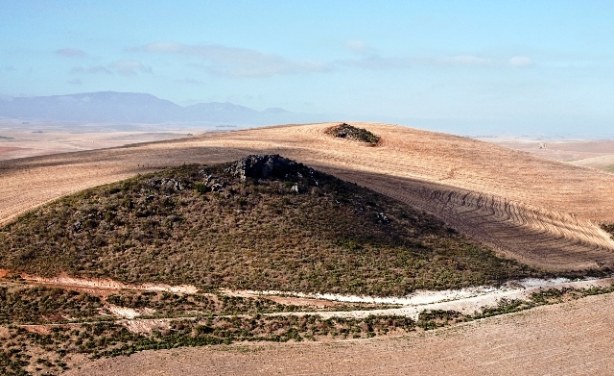 A patch of endangered Renosterveld habitat surrounded by agricultural lands.