Insurgents have since 2018 kidnapped and enslaved more than 600 women and girls in Mozambique's northern Cabo Delgado province, Human Rights Watch has said, with Mozambican and regional forces having rescued some of them, but many remain missing.

The group, known locally as Al Sunnah wa Jama'ah and Al-Shabab forced young women and girls in their custody to "marry" their fighters, who enslave and sexually abuse them. Others have been sold to foreign fighters for between 40,000 and 120,000 Meticais (U.S.$600 to U.S.$1,800). Abducted foreign women and girls, in particular, have been released after their families paid ransom, the report says.

"Al Shabab's leaders should immediately release every woman and girl in their captivity," said Mausi Segun, Africa Director at Human Rights Watch. "They should take all necessary steps to prevent rape and sexual abuse by their fighters, end child marriage, forced marriage, and the sale and enslavement of women and girls at their bases and areas of operation," Segun said.

Between August 2019 and October 2021, Human Rights Watch remotely interviewed 37 people, including former abductees, their relatives, security sources, and government officials, and monitored media reports about kidnappings. They said that Al-Shabab abducted women and girls during attacks in various Cabo Delgado districts, including Mocímboa da Praia in March, June, and August 2020, and Palma in March 2021. 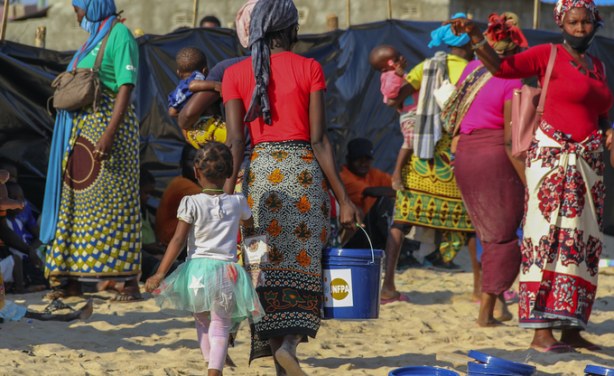