The UN Save The Children Fund has evaluated mortality rates for untreated cases of severe acute malnutrition in children under five across eight countries in East Africa. Using a conservative estimate, the humanitarian aid agency discovered that about 262,500 acutely malnourished children may have died between January and November 2021.

East Africa is currently experiencing the devastating impacts of climate change, with concurrent emergencies like drought and floods across the region leading to mass displacement and severe hunger. While communities in eastern Kenya, southern Somalia, and parts of Ethiopia are reeling from successive drought, parts of South Sudan remain flooded after three years of unpredictable and excessive rains.

The latest UN analysis of food security in the Sahel and west African countries has found that a record 38 million people will face severe food shortages in 2022. It warns that many people may not survive without prompt and generous international humanitarian assistance.

The lean season normally occurs in the west and central African regions between June and August each year. But World Food Programme Senior Research Officer for the region, Ollo Sib, says signs indicate that the lean season will begin as early as March in 2022. 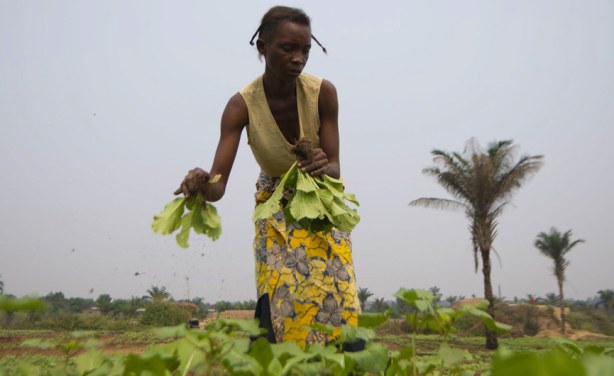 A farmer in the DR Congo where one in three people suffer from acute hunger.