Deadly clashes erupted December 5 in the Cameroonian border village of Ouloumsa following a dispute between herders, fishermen and farmers over dwindling water resources. Violence then spread to neighboring villages, where intercommunal rivals burned 10 villages to the ground.

The development is just the latest episode in the difficult relationship between the region's herders, fishermen and farmers, who have seen the waters and tributaries of Lake Chad shrink dramatically, because of climate change-induced drought.

The the UN refugee agency (UNHCR) says it "is deeply concerned by renewed intercommunal clashes that erupted this week in Cameroon's Far North region, displacing thousands inside the country and forcing more than 30,000 people to flee to neighbouring Chad," Mr. Cheshirkov said. "Since Sunday 5 December, at least 22 people have been killed and 30 others seriously injured during several days of ongoing fighting." 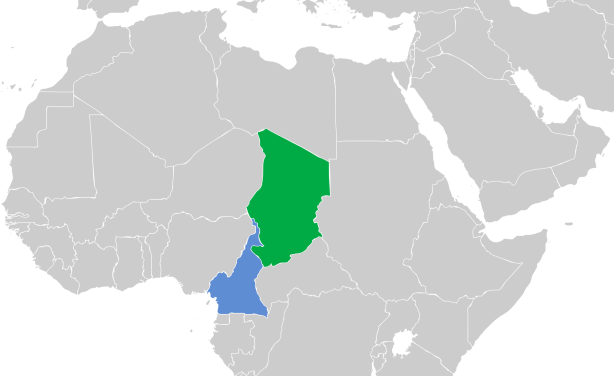 A map showing the location of Cameroon (in blue) and Chad (in green).