Preserving Wildlife in Africa - From Rhinos to Sea Turtles

African countries are making great strides in preserving wildlife, and the United States is committed to supporting them, according to a press release from ShareAmerica, the U.S. Department of State's platform for communicating American foreign policy worldwide.

The press release says that U.S. agencies fund African programmes that protect sea turtle habitat, combat wildlife trafficking and foster community involvement in conservation. Kenya has seen an 11% growth in rhino populations. Protected areas for critically endangered gorillas in the Democratic Republic of the Congo (DRC) have increased more than 60%. And in 2020, loggerhead turtle nests in Cabo Verde surged to nearly 200,000, up from 10,725 in 2015.

In other wildlife preservation news, 30 white rhinos were flown into Rwanda from South Africa and introduced into the Akagera National Park, in what is the single largest translocation. It was carried out through a collaboration between the Rwanda Development Board, African Parks and tourism agency, andBeyond, and the South African private reserve, with funding provided by the Howard G. Buffett Foundation.

And the U.S. State Department has imposed visa restrictions on eight DRC nationals who are known to be involved in trafficking illegal wildlife, wildlife parts and products. The move has been applauded by the African Wildlife Foundation. 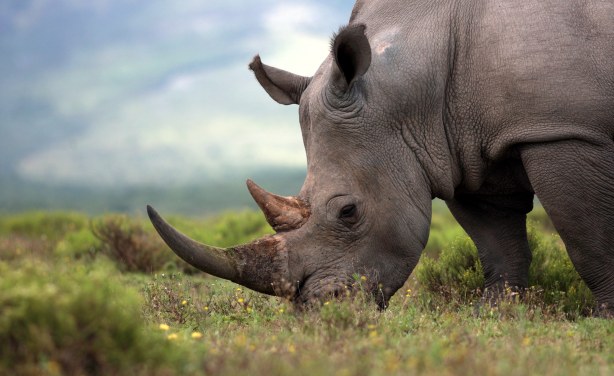