A social innovator at heart, Goodall is a master's student in the Department of Electrical Engineering in the Faculty of Engineering & the Built Environment. He was the sole African candidate among six finalists; three were from universities in the United Kingdom and two were from Singapore.

"It was a great experience to be involved with other bright students from around the globe as they each brought unique ideas to the table," he said. "It's an incredible milestone in my engineering career that I will always cherish."

According to Goodall, and given the growing problems attached to electricity costs, supply and services, particularly in under-resourced areas, a self-activated device offers options to poorer communities and remote or displaced groups around the world. "In an age of climate change, people are looking to reduce their carbon footprint and reliance on fossil fuels." Wth the likelihood of continuing electricity outages in South Africa, more affluent households are also being targeted as well as those who choose to live off-the grid, independent of Eskom. 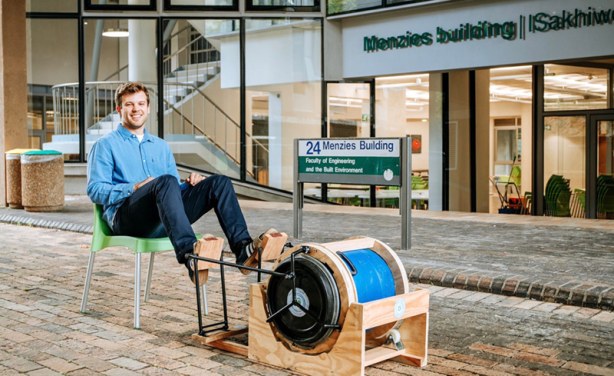