Milco, a subsidiary of the Israeli Central Bottling Company, bought 60% of Clover in 2019 with the approval of the South African government and the Competition Commission.

The firm now wants to retrench workers, move to a 12-hour day six days a week and ignore public holidays.These are but some of the concerns raised by over 4,000 employees who have been on strike since November 22, 2021 writes Anna Majavu for New Frame.

The workers are calling on the South African government to nationalise the firm, after it failed to adhere to conditions set by the government when the acquisition was made.

Workers and their unions also fear that the factories will be closed and will pivot to become purely a distribution channel for Israeli products to the South African market. 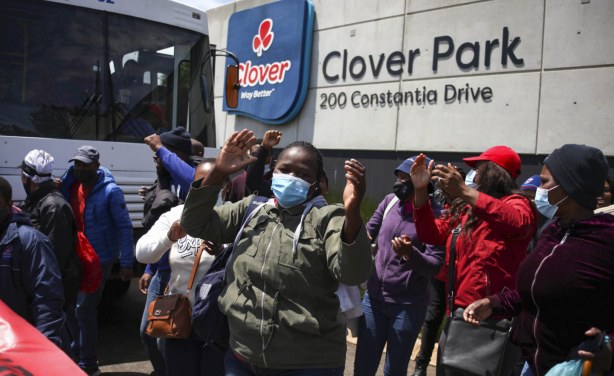