Drone attacks continue in the Tigray region despite Prime Minister Abiy Ahmed and the federal government laying the groundwork for what they call a national dialogue. These talks will not include the Tigray opposition forces or the Oromo Liberation Army, according to reports.

The World Food Programme warns that the country is on the precipice of a humanitarian disaster.

In another development, the Ethiopian government has hit out at World Health Organization chief Dr. Tedros Adhanom Ghebreyesus after he held a press conference on the continued lack of distribution of health and other supplies to the Tigray Region. The government has called for an investigation into the WHO chief.

This comes after the Norwegian Nobel Committee, which bestows the Nobel Peace Prize, called Abiy, who received the award in 2019, to end the bloodshed in Tigray. 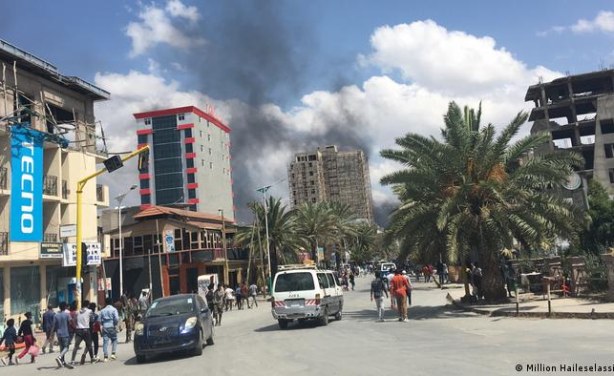 Smoke from a military airstrike rises above the streets of Mekele.