WHO Calls For Urgent Funding For TB Fight #WorldTBDay

On March 24, as the world commemorates World Tuberculosis Day, the World Health Organisation (WHO) is caling for an urgent investment of resources, support, care and information into the fight against tuberculosis (TB).

The situation is even worse for children and adolescents with TB. In 2020, an estimated 63 % of children and young adolescents below 15 years with TB were not reached with or not officially reported to have accessed life-saving TB diagnosis and treatment services - the proportion was even higher - 72% - for children under 5 years. Almost two thirds of eligible children under 5 did not receive TB preventive treatment and therefore remain at risk of illness.

WHO's new guidelines are a game changer for children and adolescents with TB. The newest TB medicines to treat drug resistant TB - Bedaquiline and Delamanid - are now recommended for use in children of all ages, including  newborn babies. There is no longer a need for painful injections that can have serious side effects, including deafness. 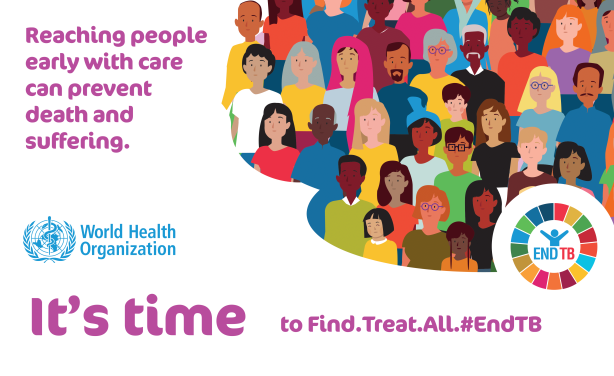