The death toll from devastating floods in and around Durban in South Africa's KwaZulu-Natal province has risen to 306, the government said on Wednesday April 12, 2022, AFP reports.

The province continues to count the cost of the floods. Poor residents who have lost their homes are in desperate need of humanitarian assistance, the shack dwellers' movement Abahlali baseMjondolo has told the Daily Maverick.

"The number of people who have lost their lives has yet to be confirmed, but our members witnessed people, including at least two babies, being taken by the water and many people are missing," said the organisation, which is active in KwaZulu-Natal's informal settlements.

"Huge numbers of people have lost their homes and all their possessions and are now entirely destitute. People living near rivers were worst affected."

President Cyril Ramaphosa visted the areas affected by the floods on Wednesday April 12, 2022. The deluge has caused widespread damage to property and infrastructure after some regions in the province recorded more than 200mm of rainfall between 8 and 11 April. 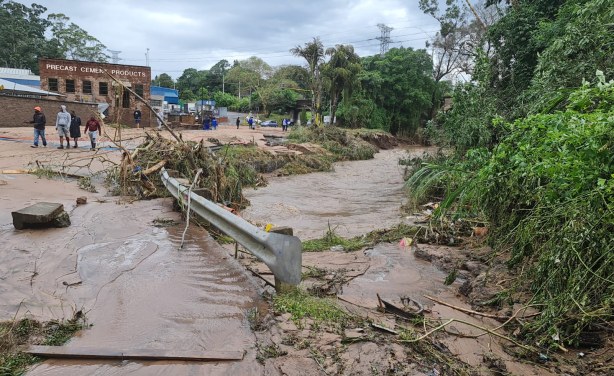