Why Rwanda President's Visit to Uganda Is So Important

On April 24, 2022 Rwanda's President Paul Kagame arrived in Uganda, ahead of President Yoweri Museveni's son, Muhoozi Kainerugaba's birthday state dinner. Kainerugaba is the Uganda People's Defence Force commander of the land forces. Experts are of the view that Kagame's visit will further ease the remaining diplomatic tensions between Uganda and Rwanda. In 2019, relations between the two nations soured, when Rwanda closed its border with Uganda at Gatuna/Katuna.

Kagame accused Uganda of harbouring persons who posed a security threat to Rwanda. He also accused Uganda of harassing and arresting Rwandan nationals in Uganda, although the Ugandan government denied these allegations. Although the border was fully re-opened recently after a two-year closure following talks between Kagame and Muhoozi, both governments confirmed that there were still some pending issues, which experts say Kagame's visit will now try to diffuse.

Before the border closure, Rwanda was Uganda's third largest market in the East African region after Kenya and the DR Congo. 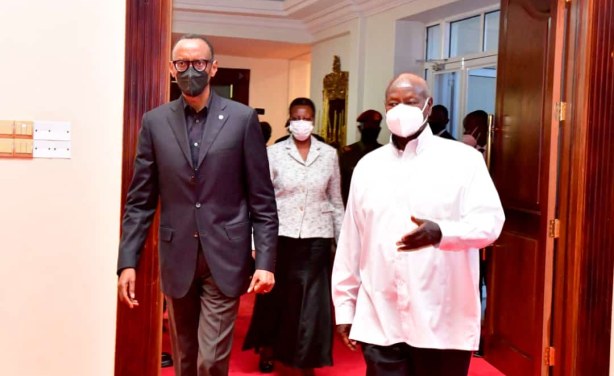