The Ngorongoro Conservation Area covers about 8,292 square kilometers and is special for the large numbers of wildlife that live there - leading to the area being declared a World Heritage site in 1979.

Now there are concerns that the Tanzanian government is trying to force thousands of people from the land. The inhabitants are accusing the government of harassment and  placing restrictions on them - including the ban on crop cultivation and the limiting of access to rivers and rangelands for grazing their livestock. Protests against the government action was held in February 2022.

The government argues that relocating the pastoralists will help conserve the area and this stems from claims by MPs that the reserve is under threat from a booming human and livestock population.

According to International Land Coalition-Africa (ILC Africa), more than 73,000 Indigenous peoples from Loliondo, and about 90,000 in the Ngorongoro Conservation Area, face eviction to make way for elite tourism and trophy hunting.

The current crisis in the Ngorongoro conservation area points to an increasing tension between nature conservation and local livelihoods in Africa. But there is evidence that biodiversity and poverty eradication programmes can coexist, provided long-term strategies hold, writes Pablo Manzano, Ikerbasque Research fellow, bc3 - Basque Centre for Climate Change and Lucas Yamat, PhD candidate, bc3 - Basque Centre for Climate Change. 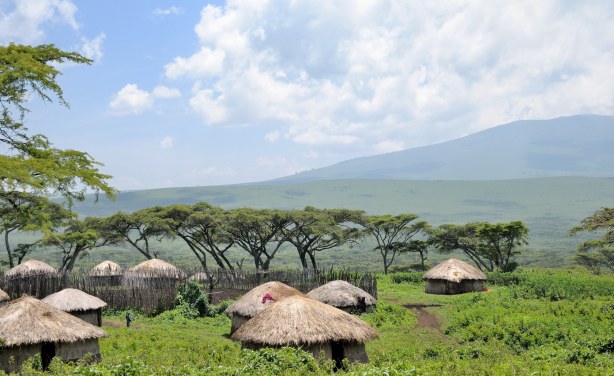 A Maasai boma in the Ngorongoro conservation area in Tanzania in 2012 (file photo).