The family of Hotel Rwanda hero Paul Rusesabagina have announced that they have filed a U.S.$400 million lawsuit in the U.S over his alleged abduction and torture. Rusesabagina is currently serving a 25-year prison term on terrorism charges after a trial his supporters say was a sham and riddled with irregularities.

Rusesabagina alleges that the Rwandan government and high-ranking Rwandan officials, conspired to facilitate and execute an elaborate plot to lure him from his home in Texas in the U.S. to Rwanda, where he would be tortured and illegally detained for the remainder of his life.

The lawsuit names the government of Rwanda, President Paul Kagame and other figures including the former justice minister and intelligence chief. Rusesabagina, then a Kigali hotel manager, is credited with saving hundreds of lives during the 1994 genocide and his actions inspired the Hollywood film Hotel Rwanda. He has denounced Kagame as a dictator, and has been behind bars since his arrest in August 2020 when a plane he believed was bound for Burundi landed in Kigali instead.

According to his family, Rusesabagina was drugged and taken to Rwanda where President Kagame's security agents forcibly abducted him, tortured him, and forced him into illegal imprisonment. In September 2021 Rusesabagina was convicted of involvement in a rebel group blamed for deadly gun, grenade and arson attacks in Rwanda in 2018 and 2019.

His 25-year jail term was upheld by Rwanda's Court of Appeal in April 2022 - a ruling his family says is effectively a death sentence for the ailing 67-year-old. 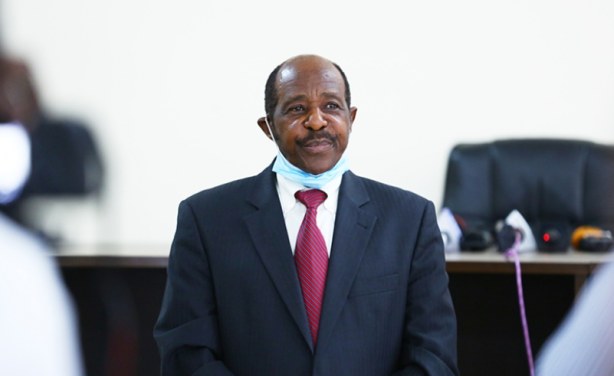