Zimbabweans Vow to Defy Police Crackdown Ahead of Protests

Multiple civil society groups have called for a nationwide shutdown  with a strike on May 9, 2022 - urging all Zimbabweans to stay at home. Student, nurse, and teacher unions, as well as other trade union groups, have lent their support to the action meant to demand the government take action against a range of socio-economic issues including inflation, corruption, increasing transport costs, and the poor state of healthcare facilities among other demands.

Meanwhile, increased police presence is in place in the capital Harare, over concerns that a protest action could accompany the shutdown. President Emmerson Mnangagwa claims his administration, presiding over an extraordinary economic crisis, is being sabotaged by his enemies who are seeking to dislodge him from power.

For years, government workers have been arguing that their salaries have been reduced to nothing due to high inflation. Zimbabwe's economy has been on a downturn for over a decade characterised by scarcity of foreign currency. Mnangagwa, who succeeded late former president Robert Mugabe, pledged to revive the economy but economic woes - which plagued the late Mugabe's rule - have persisted. 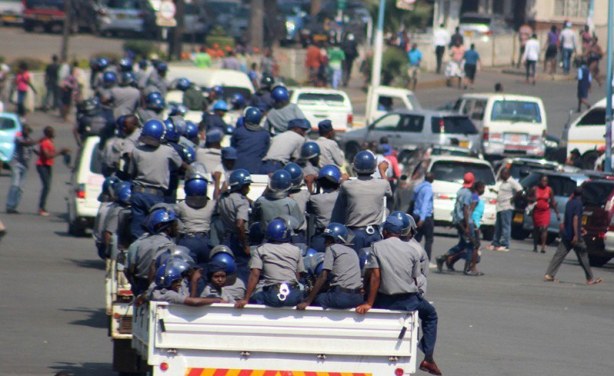